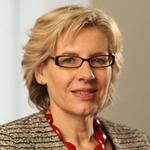 Ruth is Non-executive Director on the Boards of FTSE 100 companies Associated British Foods and Rolls-Royce, alongside her role as a Criticaleye Board Mentor. At ABF, she sits on the Audit and Remuneration Committees, and at Rolls-Royce she Chairs the Remuneration Committee and sits on the Science & Technology Committee. In January 2018 Ruth was appointed as a Non-executive Director on to the Board of power generation business ContourGlobal plc.

Ruth is also Chair of POWERful Women (PfW), which seeks to advance the professional growth and leadership development of women across the UK’s energy sector. Ruth was a Non-executive Director on the Board of Keller Group plc between 2010 and 2017; she was Chair of the Remuneration Committee and a member of the Nomination and Health, Safety & Environment Committees.

From September 2011 until April 2014, Ruth was Executive Vice President Strategy & Planning at Royal Dutch Shell. Her last executive role followed a number of senior international roles within Shell, including Vice President of the Global Commercial Fuels business and serving on the boards of Shell Pakistan and JV companies in Germany and Thailand.

Ruth graduated in Joint Honours Mathematics & Physics from Bristol University and then did research into Cosmology and Black Holes at Cambridge University, taking a Masters in Advanced Studies.