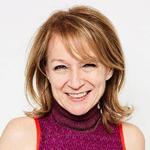 Rita has a portfolio of non-executive director roles, including current positions as Deputy Chair of John Lewis Partnership and Senior Independent Director at Ascential plc. In November 2020, Rita was appointed Chair of the Board of Trustees at Forum For The Future.
Her previous tenures have included three terms on the Board of Dixons Retail and at Emap, until the successful divestment of the business. She was a Non-executive Director at Nationwide Building Society, between 2012 and 2021; a Non-executive Director on the Board of ASOS plc, between 2014 and 2020; and Chair of Populus, the opinion pollster and research company, between 2004 and 2017.
Before joining brand consultancy Interbrand in 1997 as London CEO and then Chair for a 10-year term, Rita was Vice Chair and Strategy Director at Saatchi & Saatchi, from 1986. She has worked with many of the world’s leading brands and is also a regular commentator on TV and radio. Her writing has included the bestselling books, 'The Future of Brands' and 'Brands & Branding'. Her latest book, 'Love Your Imposter', was an Amazon bestseller.
Rita's pro bono roles include work with the WWF, the Henley Festival and Chair of the leading practical sustainability organisation, TCV. She has also been on the UK Government’s Sustainable Development Commission and the Advisory Board for BP's carbon offset programme, 'Targetneutral'.
In the 2014 New Year’s Honours List, Rita was awarded a CBE for services to the creative industries. In 2016, she was included in Debrett's 500 Most Influential People in the UK.
She holds an MA from Cambridge University.