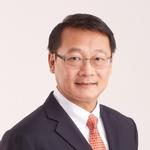 Benny is developing a portfolio career having left his most recent executive role in 2018. He is currently Board Advisor to Taqtik Health, a leading IoT market platform for medical specialists, based in San Francisco. Benny is also advising a NASDAQ listed US MNC on its business organisation and distribution strategy in Asia Pacific, and recently assisted a Singapore start-up in the development of its business plan to seek investor funding.

Until 2018 Benny was Managing Director - Asia for Aggreko plc where he had P&L responsibility for the region including India and Mongolia. Prior to Aggreko Benny was President, Tyco Asia and concurrently President, Tyco China. He joined Tyco in 2013 and led the combined fire and security installation services business in Asia, covering Greater China, Korea and South East Asia.

Earlier in his career, Benny was a management consultant with AT Kearney in Chicago and with Ernst & Young Corporate Finance in Singapore. This followed his 12-year career with the Republic of Singapore Air Force (RSAF), where he served in various command and staff roles, including Squadron Commander before completing his stint as a Lt Colonel in the Policy Office in the Ministry of Defence.

While with the RSAF, Benny won the coveted Andover Prize (for the best foreign student) at the RAF Advanced Staff College in Bracknell, United Kingdom. A Singaporean, Benny has spent most of his career outside of the country, based in a multitude of cities including Chicago, Shanghai, Jakarta and Hong Kong.