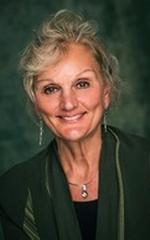 Sandy is a Non-Executive Director of AIM-listed, Diversified Gas & Oil PLC, the US-based owner and operator of natural gas, natural gas liquids and oil wells as well as midstream assets. She is also a NED at EDF Energy Thermal Generation Limited Board, providing oversight of all EDF thermal generation in the UK and a NED at the Colorado School of Mines in the US where she is a Distinguished Alumni Medalist. In January 2020 Sandy joined the Board of Directors of Trans Mountain Company (TMC), a Canadian Crown Corporation currently building a pipeline from Alberta to the west of the country, and she will join the Board of First Montana Bank, a community bank, in March 2020.

She joined Tullow Oil in October 2013 as Group VP - Safety, Sustainability and External Affairs, progressing to Executive Vice President, Safety, Operations and Engineering and External Affairs and was responsible for nearly half of Tullow’s 1,200 people across the company’s global operations. In March 2017 she became Executive Vice President and is now an Advisor at Tullow Oil.

Sandy’s main focus at Tullow was driving the business toward operational excellence in both technical and non-technical leadership by building high-calibre functional teams by driving cross-functional collaboration, alignment and better decision-making through Operations and Engineering, Safety Sustainability, External Affairs and Supply Chain Management. Sandy champions career path diversity, building colleagues’ breadth and depth of experience, so creating the next generation of technical and non-technical leaders. Before joining Tullow, she spent five years as Global Senior Vice President HSE & Security, Operations & Engineering Assurance at Talisman Energy. She has also worked in senior roles at BP and TNK-BP in Moscow. Sandy is a Russian speaker.

Sandy started her career at ARCO in the USA as a senior engineer and drilling superintendent before spending 10 years as Arco’s Vice President, Operations for the mining and manufacturing business. Sandy is also a long-standing Director and Member of the Executive Committee of the International Women’s Forum in Washington DC and a former NED and Chair for the Montana Tech Foundation.