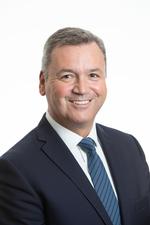 Andy is the former president and CEO of Asda and has over 25 years’ experience driving performance improvement in multi-brand international businesses.  Andy has sector experience in food, fashion and general merchandise across property-intensive, multi channel and online retailers.  He has managed multi-site retail businesses from £1bn to £25bn in turnover, with net income of £150m to £1.1bn and employees from 18,000 to 180,000.

Andy is now developing a Non-executive portfolio career. He is now Chair of Leeds Bradford Airport, the management consulting firm Newton Europe, fast-growth immuno-oncology company Immodulon Therapeutics, and the AI technology business SpoonGuru, along with a Board Advisor role with the family-owned potato producer Albert Bartlett.

Having started his career as a Store Manager for WM Morrison, retail has always been in Andy’s blood.  He moved to ASDA in 1992 and held numerous roles in an eight-year spell, including Retail Director.

Andy took up the role of Chief Operations Officer at Matalan in 2000, helping drive revenue of £1.2bn and net income of £240m across 300 stores with 18,000 employees and, he became a main board director.

He then went onto work with organisations such as McKinsey & Partners and ABNAmro as a freelance consultant before becoming Managing Director of Iceland in 2003.  During three years in the role Andy recorded revenue of £1bn and net income of £150m with 25,000 employees across 8,000 stores, and he also oversaw the transition from frozen food retailer to convenience stores and led the eventual sale to Bauger.

Returning to Asda in 2005 as Retail Director, Andy then stepped up to Chief Operating Officer and then became become President and CEO in 2010.  Under Andy’s leadership he took ASDA to No. 2 in the UK grocery market after 15 years in third spot and helped George clothing become the biggest volume clothing brand in the UK together with launching the George homeware business, which grew to No. 3 by volume in the UK. He stepped down as CEO in July 2016.