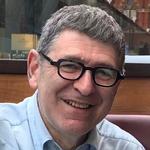 Martin has significant experience in building high-growth technology companies across a range of sectors and has strong connections in Asia. Martin is an LP and Member of the Advisory Board of Seraphim Space, the world’s first dedicated space venture fund. He has recently been appointed Chair of Sunamp, a thermal storage company based in Scotland. He also the Chairman of a consolidator in the legal and professional services sectors.

Martin is an Independent Director and former Group Chair of Chinese company ReneSola, listed on the New York Stock Exchange and completing a major financial restructuring two years ago.  He was previously Group Chair of MayAir Group, a leading provider of air purification solutions in the industrial sector, which listed on the AIM in May 2015 and was sold to a Chinese acquirer in 2018. As well as these roles, he has been a member of several UK Government committees with a focus on collaboration with China.

Martin was appointed Group CEO of Intelligent Energy in June 2016, having joined the Board of the global power technology company as a Non-executive Director in 2012. His remit was to accelerate the commercialisation of this world-leading technology company and identify and implement funding solutions for its future growth. The Company was sold to a major investor who invested further funds to implement the new strategy that had been introduced.

Alongside these non-executive roles, Martin is a Board Mentor with Criticaleye. He is a mentor to a range of business people and entrepreneurs participating in programmes run by London Business School, Stanford University, the Cambridge Judge Institute and the NHS Clinical Entrepreneurs Programme.